UPDATE 3/24: Word has it that Nadya fired the Angels in Waiting crew because she believed that they, along with their lawyer Gloria Allred, was spying on her and reporting her to CPS.

Here’s another something to add to the extensive list of things wrong with Octomom Nadya Suleman.

Nadya Suleman told Radaronline that she’s going to hire her own nannies instead of having the free help from Angels in Waiting. No seriously, she actually thinks hiring people who cost money she doesn’t have, is better than keeping the free care she’s getting – for free!

What the hell is wrong with this lady? I know, I know, that’s a loaded question.

Angels in Waiting’s media whore lawyer Gloria Allred said Monday, “We have no comment at this time. We will respond tomorrow afternoon with the true facts.” And of course, as is Gloria Allred’s style, those true facts will be delivered via press conference.

My head is spinning from all the publicity seeking, money hungry players in this game.

According to Radaronline, members of Angels in Waiting are scheduled to make an appearance on the Dr. Phil Tuesday; Nadya is desperately trying be there so she can defend herself.

So what do you think the real story is? Maybe Angels in Waiting are actually the ones who threw in the towel because Nadya Suleman is completely bonkers; two of her spokespeople have quit because of it, after all. 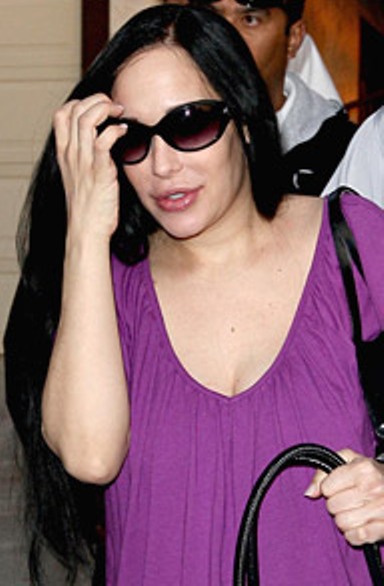