A close source to the couple tells People magazine the bundle of joy will arrive sometime in the fall.

Sarah Michelle Gellar was born in April 14, 1977. She is mostly known for her role as Buffy Summers on the TV hit Buffy the Vampire Slayer. She is the proud winner of six Teen Choice Awards, a Saturn Award for Best Genre TV Actress, and received a Golden Globe nomination; Sarah Michelle Gellar also won a Daytime Emmy for her role as Kendall Hart on the daytime soap All My Children.

Sarah Michelle Gellar and Freddie Prinze, Jr. met in 1997 on the set of I Know What You Did Last Summer, but they did not start dating until 2000. The couple became engaged in April 2001 and married in Mexico on September 1, 2002.

Congratulations to the couple. I’ve always thought they made a cute pair. 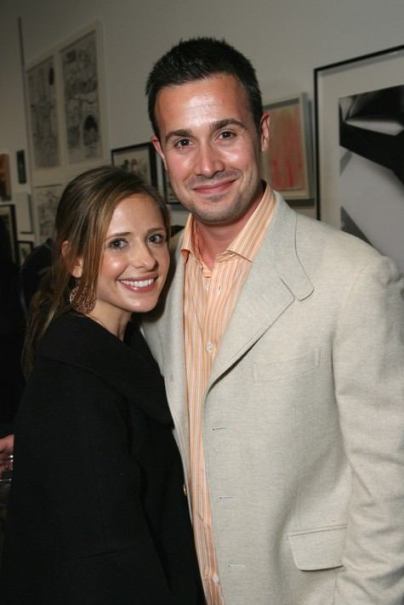