Farrah Fawcett checked out of the hospital Thursday with her long time companion Ryan O’Neal at her side.

Fawcett spent some time in a wheel chair because she was in so much pain, but her doctor, Dr. Lawrence Piro, told People magazine that the Charlie’s Angels star is again up and moving about.

I don’t know, maybe it’s just me, but a “small procedure” at a clinic in Germany seems kinda freaky-deaky to me.

This is probably totally inappropriate, but whenever I hear about cancer patients receiving alternative medicine, I think of the episode of Seinfeld when George thought he was dying because a pregnant smoking card reader told him was; so he went to Kramer’s friend for “treatment” where he turned a funny color and had to sit on the floor with crossed legs while the “healer” held a triangle over his head. 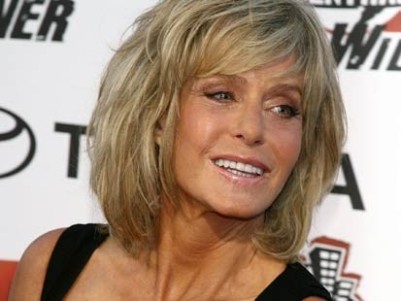