A big congratulations goes out to Grey’s Anatomy star Ellen Pompeo and her husband music producer Chris Ivery – the couple is reportedly expecting their first child.

This particular pregnancy announcement makes be extra happy because Ellen is 39 and her husband is 41, and this is the first child for both of them – which means I have plenty of time. Of course with my luck, I’ll turn 38 and my uterus will fall out.

Along with the announcement of the pregnancy, the couple’s rep Jennifer Allen added, “It’s great news. They’re ecstatic.”

Ellen Pompeo and Chris Ivery were married in November 2007 at New York’s City Hall; the ceremony was presided over by New York City Mayor Michael Bloomberg.

The couple first met through at Whole Foods Market in 2003 and began dating six months later. They later discovered that they had grown up a mere 10 blocks away from each other. Ellen and Chris currently live in Los Angeles with their two mini poodles, Valentino and Gigi.

Ellen Pompeo was born Ellen Kathleen Pompeo in Everett, Massachusetts and is of Irish and Italian descent. Her mother passed away from an overdose when Ellen was four, and her father soon remarried. While growing up, Ellen Pompeo was nicknamed “the pencil” and “straciatella” (which is Italian for “little rags” or “strings”) because she was so skinny. [Source] 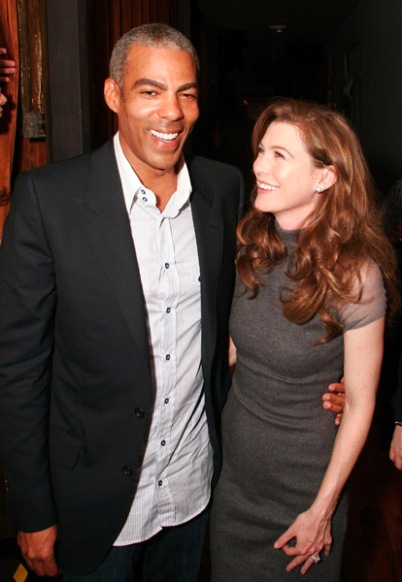