How cool is this?

Three-time Grammy winner Jill Scott and her drummer fiancé Lil John Roberts had a baby boy yesterday, April 20th at 4:20p.m. The baby weighed in at 7 lbs., 8 oz. and was given the name Jett Hamilton Roberts.

Jill Scott first revealed she was pregnant in January at the Television Critics Association conference in Los Angeles.

“The first trimester I spent in Botswana,” said Scott, 37, a three-time Grammy Award winner. “That was one of the biggest challenges of my life. First trimester! You’re sick every morning. It was seven hours time difference, the heat, the bugs, the 14 hour days.”

Jill Scott and Lil John Roberts began dating in 2007 and announced their engagement at a concert in New York City on June 20th of last year.

This is the first child for both Lil John Roberts and Jill Scott.

“I definitely had issues over the course of my life, reproduction issues,” she explains to PEOPLE. “I was married for five years and could never conceive a child. Until now … It’s the most amazing thing that’s ever happened to me.” 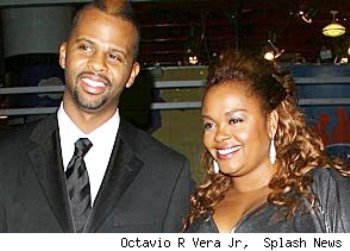 I don’t know much about Jill Scott so I had no idea that she used to be married. Of course my inquiring mind wanted to know who this ex-husband of hers is…..

Jill Scott and longtime boyfriend Lyzel Williams, a graphic artist and DJ, were married in the fall of 2001 in a private Hawaiian ceremony during a vacation. The couple had dated for seven years before they wed. Scott wrote and recorded the song “He Loves Me (Lyzel in E Flat)” about Williams. After six years of marriage Scott and Williams divorced in 2007. [Source] 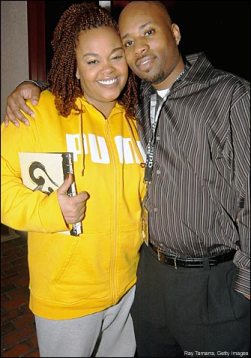