Nicole Richie and her cute little pregnant self spent the day today supporting organic gardens and greenery in urban schools throughout Los Angeles. My day was not nearly as rewarding; was yours?

Nicole was joined by fellow ambassador actress Amy Smart in kicking off the new partnership between the Environmental Media Association (EMA) and the Los Angeles Unified School District.

So who and what exactly is the Environmental Media Association, anyway?

EMA was created by Lyn and Norman Lear and Cindy and Alan Horn in 1989 with the simple but powerful concept that, through television and film, the entire entertainment industry can influence the environmental awareness of millions of people. [source]

EMA mobilizes the entertainment industry in educating people about environmental issues, which in turn, inspires them to take action. A pioneer in linking the power of celebrity to environmental awareness, it was EMA who invented the green carpet, launching the concept of taking a hybrid or alternative fuel vehicle — not a limo — to high profile awards events and bringing the concept of alternative automotive technology to millions of previously unaware households. [source] 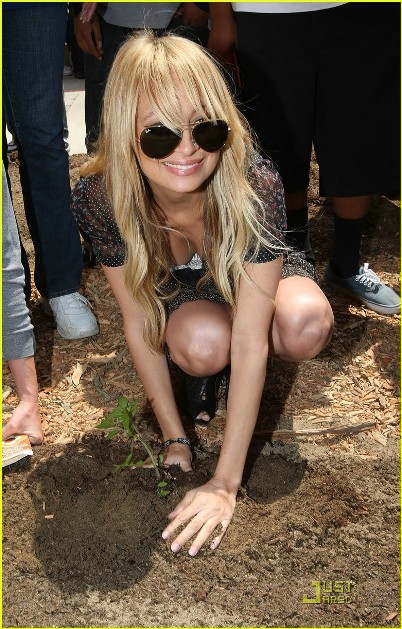