Mike Tyson has received a lot of blows in his lifetime – most of them to his head – but this one has hit his heart like a ton of bricks.

Arizona police have confirmed to E! News that the former heavyweight champ’s 4-year-old daughter, Exodus Tyson, has died, a day after accidentally hanging herself on a piece of exercise equipment at the family home.

“I was just advised by investigators that Exodus Tyson was pronounced deceased at 11:45 a.m. today at the hospital,” said Sgt. Andy Hill of the Phoenix Police Department. “Our sympathies go out to the family. I cannot release any other information.”

“There are no words to describe the tragic loss of our beloved Exodus,” the family said in a statement. “We ask you now to please respect our need at this very difficult time for privacy to grieve and try to help each other heal.”

…Exodus’ mother is 34-year-old Sol Xochitl of Phoenix. She and Tyson no longer live together but are still a couple, according to neighbor Dinka Radic.

…Exodus was on life support in critical condition at St. Joseph’s Hospital. She had somehow become entangled by a cord hanging from a treadmill and was unconscious when her 7-year-old brother discovered her.

Police have said the incident appears to have been an accident, and they have no reason to suspect otherwise.

No parent should ever be forced to outlive their children. I never thought I’d say these words together but, poor Mike Tyson – what a crappy thing to have to go through.

My thoughts and prayers are with Mike Tyson and his family. I firmly believe that when we leave this world, Our Soul carries on. 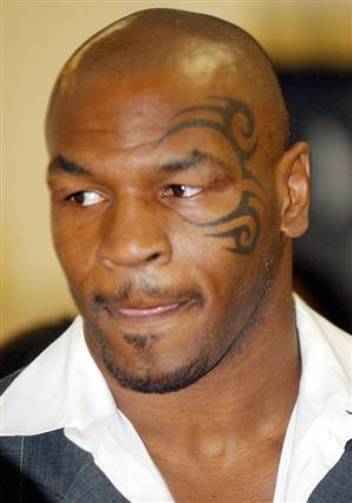