Although Jennifer Hudson has not made an official announcement herself, it’s looking like this celebrity pregnancy rumor might actually be true.

It was “a quiet gathering of friends and mostly family,” said Hudson’s longtime friend, singer and actress Felicia Fields. “They’re really trying to keep it kind of quiet. It was a nice time that we had.”

The Oscar-winning Dreamgirls star — who is engaged to I Love New York 2 contestant (and Harvard Law grad) David Otunga — told Access Hollywood earlier this year: “I definitely want a family. You know, I’m almost 30 now, so they gotta get started sometime.”

She even plans to include her three dogs — Oscar, Grammy and Dreamgirl — in the ceremony.

“Oscar might be the ring bearer,” said the American Idol alum, who recently finished a tour with singer Robin Thicke. “We’ll send them down the aisle with a little tux.”

Although she hasn’t announced a date, Hudson told USA Today she wants her wedding to be “traditional, and very, very classy. I’ll be surrounded by family and friends. I hope that when I’m 80 years old, people will still be talking about my wedding.”

Congrats to Jennifer and David, if they are indeed pregnant. Lord knows the girl could use some good news and happiness. 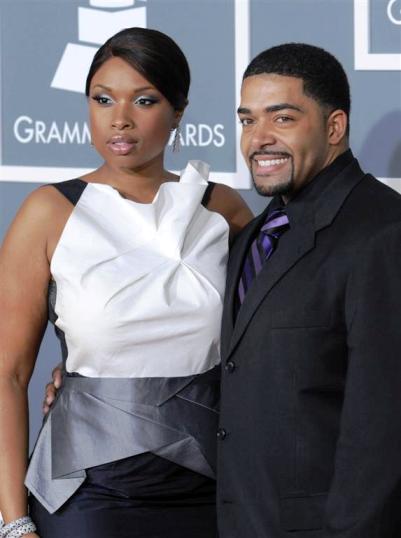