In March, country singer LeAnn Rimes basically admitted to having an affair with actor Eddie Cibrian without actually admitting it. The story – which no one involved seemed to really dispute – made the cover of Usmagazine then virtually fell off the map.

Now Eddie Cibrian’s wife Brandi Glanville is telling anyone who will listen, that LeAnn Rimes is stalking Eddie and won’t leave him alone.

“LeAnn is a stalker,” [Brandi] said. “She refuses to leave us alone – it is shameful and scary. People are going to say it takes two to tango and I get that, but at some point LeAnn needs to stop asking him to dance”…

“LeAnn is so desperate for fame she has left her self-respect in the gutter and doesn’t care who she hurts to get what she wants,” Glanville added. “She’s hurting my family and messing with the wrong mom.”

Ummm…..Brandi…..did it ever occur to you that Eddie is still cheating with LeAnn and that LeAnn isn’t actually stalking him? I mean, he did it once – what’s to say he won’t do it again? He’s obviously not above lying to you. Just sayin’. 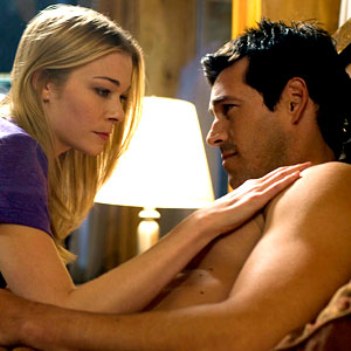