I had some other sites to write for tonight, and I can barely breathe out of my nose, but I didn’t want to go to bed without talking about Chris Brown’s court appearance today.

In a nutshell, Chris Brown, 20, arrived at the courthouse in the early afternoon, soon after he pled guilty to felony assault ‘by means likely to cause great bodily injury.’

Didn’t see that one coming, to be perfectly honest; Rihanna was at the courthouse too, ready to testify.

The terms of Chris Brown’s guilty plea are as follows:

Now that Chris Brown is a convicted felon, he will lose his gun rights and the right to vote.

Brown also was ordered to stay at least 50 yards away from Rihanna – except at industry events, when it’s 10 yards – despite a request from Rihanna’s lawyer for a less-restrictive order. For now, Brown was also ordered not to have any contact with her, which includes phone, email and text communications.

I wonder if Chris Brown chose to plead guilty to save Rihanna, and himself, the humiliation of a trial.

How do you feel about this turn of events? Was justice served? 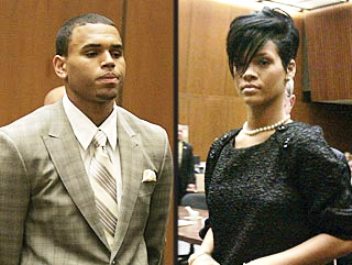