I’ve been doing this blog for a little over three years now, and in that time the one thing that I’ve learned to be an absolute truth, is that no matter what you say about Michael Jackson, someone somewhere will be offended and swear you to Hell.

If I had a dollar for every time a Michael Jackson fan when loco on me for saying something about their beloved MJ, I’d be able to afford a nice long vacation.

Don’t get me wrong, I totally get why there are such die hard fans, but come on! I report the facts and people go ballistic!

By the by, I love it when people call me names and say I’m a stupid gossipy tabloid, and how much they hate people like me, but then they keep coming back! Seriously, what’s up with that?

Anywhoo…..Here’s a little bit of something interesting in the Michael Jackson death drama.

Michael Jackson’s cause of death may go from “deferred” to “homicide.”

Multiple law enforcement sources tell TMZ the LAPD is already treating Michael Jackson’s death as a homicide, and they are focusing on Dr. Conrad Murray.

Law enforcement sources tell us the evidence points to the anesthesia Propofol as the primary cause of Jackson’s death. As we first reported, vials of Propofol were found in Jackson’s home after he died.

Law enforcement sources say there is already “plenty of powerful evidence” linking Dr. Murray as the person who administered the drug to Jackson. The evidence includes various items found in Jackson’s house, including the Propofol, an IV stand and oxygen tank.

One of the vials of Propofol found at Jackson’s home was manufactured by Teva Pharmaceuticals. The DEA contacted Teva to track down the vial in question.

We’re told the DEA is looking to match doctors or other health care providers that obtained the drug with doctors who have some connection to Michael Jackson. 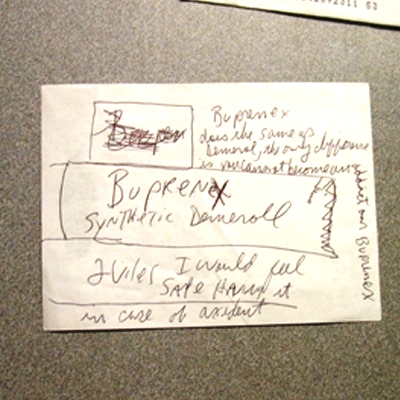