Paula Abdul’s new manager David Sonenberg says the American Idol judge is not happy with the way things are going and she just might not be back next season.

“Very sadly, it does not appear that she’s going to be back on Idol, I find it under these circumstances particularly unusual; I think unnecessarily hurtful. I find it kind of unconscionable and certainly rude and disrespectful that producers haven’t stepped up and said what they want to do.”

“She’s not a happy camper as a result of what’s going on. She’s hurt. She’s angry I think at this point we’re going to be considering everything, including some kind of a competition show. She has tremendous ideas for a whole variety of shows.”

This all comes after the announcement that Ryan Seacrest is going to be making a whopping $45 million over the next three years, and Simon Cowell supposedly will be getting over $140 million to stay on the show after is contract is up in May 2010.

In other loopy lady news…..

Mischa Barton was hospitalized at the end of last week, and put on a 5150 hold – a mandatory stay of 72 hours in a psychiatric facility. Some people are saying the actress spoke of suicide after being up for three days binging on cocaine.

Barely 24 hours after going into the hospital, someone took a picture of the troubled actress as she looked at something outside the window.

A source close to the situation says Mischa Barton is on a downward spiral and falling fast.

“She’s in very bad shape. She’s running out of money and can’t find love, so now she is looking for a good time to escape her misery. She is on a downward spiral. She is a mess. She is a suicidal, uninsurable mess.” 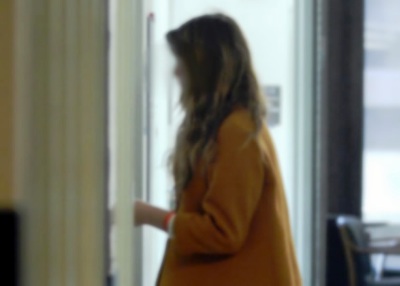