LeAnn Rimes and her husband of seven years Dean Sheremet have separated – according to an alleged source close to the couple. The news comes just days after LeAnn’s alleged lover Eddie Cibrian was publicly dumped by his wife.

“They have been separated for awhile, but are still trying to work on how to handle the problems they are having,” the source tells Us. “They are leading separate lives and not staying together most of the time, but still in each others’ lives as best friends,” “They are still not divorcing yet, but are working through things and taking time apart — as they have been — while they figure things out.”

Although there has yet to be a public acknowledgement of an affair between LeAnn Rimes and Eddie Cibrian, Eddie’s estranged wife, Brandi Glanville was quoted last week as saying, “I want to do what is best for our children. Eddie and LeAnn [Rimes] deserve each other.”

When LeAnn and Dean married, she was 19 and he was 21; they were young but really seemed to have their heads on straight. LeAnn had been forced to grow up fast and for awhile there it truly looked like the Southern lovers were going to last.

Then the video of LeAnn Rimes and Eddie Cibrian hit. Then rumors that they pair were still hooking up. And now this.

Can’t say I’m at all surprise though. This sort of thing is just too common these days.

How sad is that. 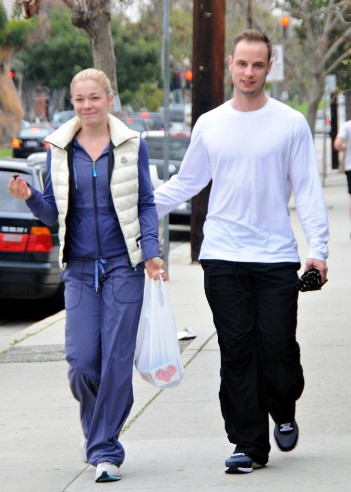