We’ll soon be seeing a lot more of Octomom Nadya Suleman and her kagillion kids.

Octomom has worked out the deal with a British production company.

Filming will being in September and supposedly it will be more of a documentary type show than a “reality” show, focusing more on family milestones through out the years.

To be perfectly honest, I don’t know how I feel about this. On the one hand, it’s good gossip fodder, but on the other, it’s fairly exploitative.

Plus there’s a hole in reality TV now with the demise of Jon & Kate Plus 8 – Octomom and her brood could quite possibly be a successful replacement.

And, you know, I gotta give her props for making a buck off whatever she can – it’s the American way, after all; perhaps the naysayers are just jealous. 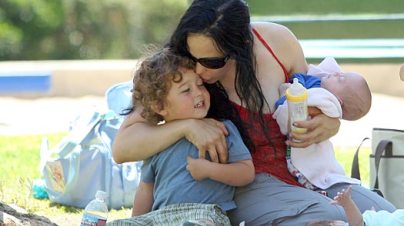