A day later, Kourtney has revealed her baby daddy. I found this article:

“It’s Scott. My ex-boyfriend. Who is now my boyfriend,” she said.

The couple split in January but have seen each other on occasion, Todayshow.com said.

I hope that poor baby has stability in its life because as of right now, it doesn’t seem like it. Good luck, Kourtney.

Kourtney Kardashian, 30-year-old older sister of Kim Kardashian, is knocked up. I say “knocked up” and we don’t know who the baby’s daddy is.

…..refused to say if she and ex-boyfriend Scott Disick are back together. “You’re going to have to see on the show,” she said, referring to Kourtney and Khloé Take Miami, which debuts this Sunday.

Funny enough, the big question these days has been whether Kourtney has switched teams because of a kiss she shared with her bisexual friend Jackie during shooting of said reality show.

“I feel like I’m definitely into men,” she said.

Well, actually, all she’s proven is that she’s fertile; she may still have switched teams. Or maybe she’s on both teams.

I’m going to make a prediction that the identity of Kourtney Kardashian’s baby daddy will be revealed on Kourtney and Khloé Take Miami. The pregnancy and mystery surrounding the father is great for ratings. Ah…..Hollywood. 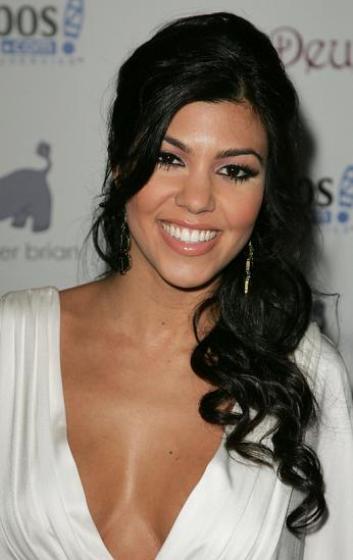