Well I warned you, and now it’s happened – the Duggar clan has officially added a generation. 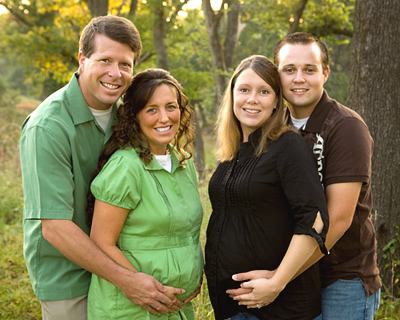 The eldest Duggar boy, Joshua, and his wife Anna welcomed a daughter into the world this week, naming her Mackynzie Renée Duggar.

Mackynzie is the first child for Josh and Anna, as well as the first grandchild for Jim Bob and Michelle Duggar – who themselves are expecting child number 19 next spring.

Mackynzie was born at the home of her parents, Joshua and Anna, with a midwife and doula attending the birth. “Josh was excited to participate in the birth as well,” says a family friend. “They are both so happy.”

Josh has been front and center in his wife’s first pregnancy – telling her the news that she was pregnant after she was too nervous to look at her own pregnancy test, and reading and singing to his daughter before she was born…

The newest Duggar’s name came from a combination Josh’s cousin’s name (Mackynzie) and Anna’s middle name (Renée), but the couple hasn’t completely committed to “M” being the letter to begin all their children’s names. The Duggars famously have chosen “J” names for all their children.

Congratulations to the happy couple and the whole Duggar brood. 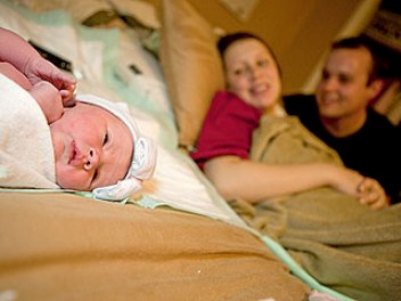