It’s finally officially official – after what seems like forever and a day, Heidi Klum has finally given birth to her latest genetically superior spawn with husband Seal – a little girl they named Lou Sulola Samuel.

Rumors have been flying for days that the ex-supermodel had checked into the hospital to have her baby, but none of the stories were actually substantiated until now.

Both mother and baby Lou Samuel are doing fine, according to reports. Klum, who petitioned recently to change her name to Heidi Samuel (Seal’s last name), has two sons Henry Gunther and Johan Riley by Seal and an older daughter Leni Klum fathered by Klum’s then boyfriend, Flavio Briatore. [source]

In a statement released to The Insider, proud papa Seal gushes about his family’s new bundle of joy.

“On Friday, October 9, 2009 at 7:46 p.m., the answer to this question came in the form of our fourth child and second daughter. Lou Sulola Samuel was born, and from the moment she looked into both of our eyes it was endless love at first sight. She is beautiful beyond words and we are happy that she chose us to watch her grow over the coming years.”

Congratulations to the super-hot couple with the super-cute kids. 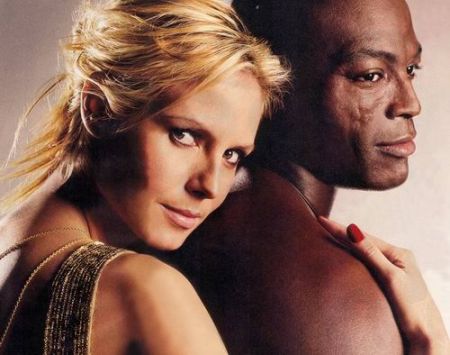