I have a confession to make – before today the only thing I new about Alexander Skarsgard is that his last name is really fun to say, and that he plays Eric Northman, a 1,000-year-old Viking vampire from Sweden on HBO’s True Blood, which is now in its 2nd season.

But now, thanks to my friend Kristin, I know all about Alexander Skarsgard and his fine Swedish self.

This past weekend Alex Skarsgard won the coveted “Best Villian” award at the Spike TV 2009 Scream Awards, which will air Tuesday, Oct. 27 at 10:00 p.m. on Spike TV.

Skarsgard was presented with the black spike award by his Straw Dog costar Kate Bosworth – who, by the way, is looking very skinny yet again. Alexander gave Kate a great big hug and kissed her on the cheek then walked to the mic to give his acceptance speech, only to find it still positioned for short little Kate. Being a good sport, the smiling actor bent over / squatted awkwardly to give his thanks. 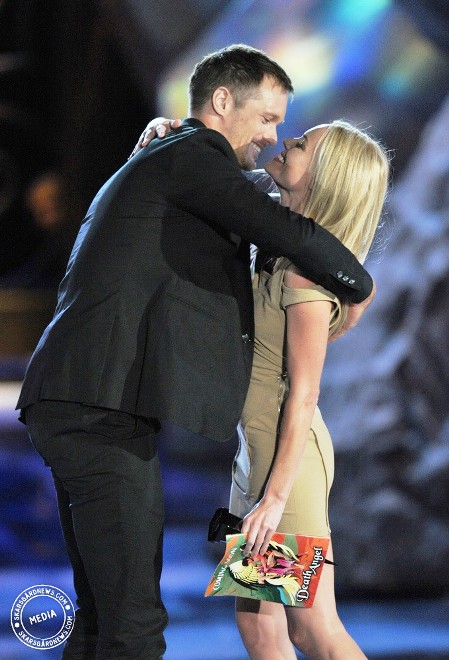 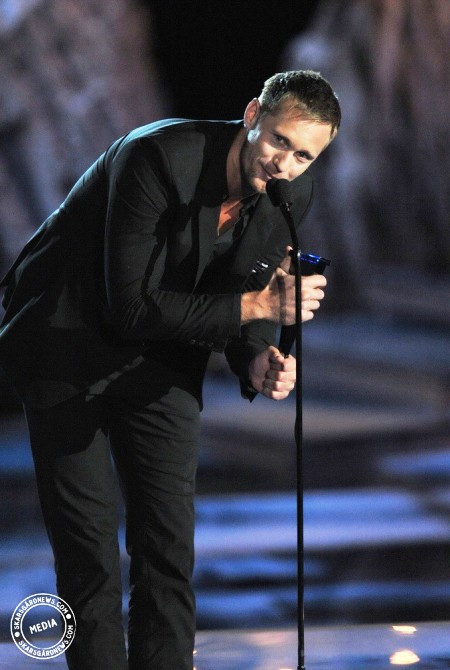 With such affection shown on stage at the Spike 2009 Scream Awards, the rumors of a romance between Kate Bosworth and Alexander Skarsgard are of course now flying.

It was only a short while ago that Alex was rumored to be seeing actress Evan Rachel Wood, who happens to be on True Blood this season.

A source tells RadarOnline, “The couple was very affectionate, holding hands as Alexander played with Kate’s hair while they chatted with friends in the green room.”

“Kate and Alexander hugged a few times and were often spotted whispering to each other. As Alexander left the green room to go on stage gave [sic] Kate playfully slapped him on his butt a few times and said ‘Go, go, go.’”

After the awards show, Alexander Skarsgard and Kate Bosworth took off to Chateau Marmont – which we all know is where celebrities go to [allegedly] bone down.

This is actually not the first time Kate and Alex have been rumored to be an item. In September they were seen at a Britney Spears concert in Louisiana but reps said they were “just friends.” 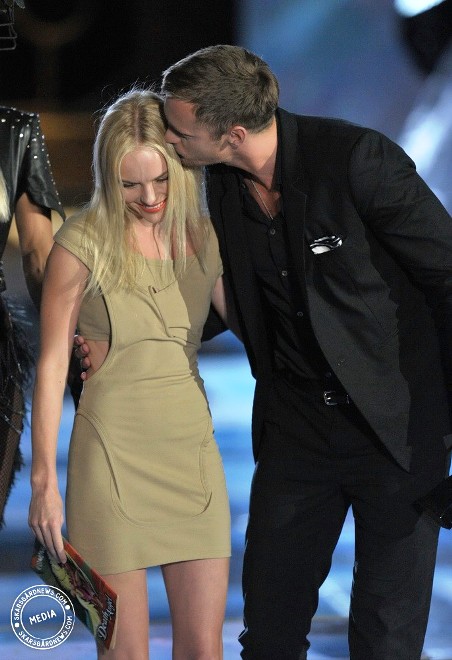 Some fun facts about the hunk of Swedish sexiness known as Alexander Skarsgard:

He is 6 foot four inches tall.

His favorite colors are blue and pink.

He does not like sweets other than vanilla ice cream.

Alex speaks Swedish, English and bits of French and German.

His mother My Skarsgård is a doctor.

Has one tattoo on his leg…it’s of a bird his brother Valter drew when he was 7.

He is tone deaf which dashed his dreams of becoming a rock star!

His favorite things to do are “going to boat, fish and lie in front of the fireplace & drink red wine.”

He has been voted “Sexiest Man Alive” in Sweden five times.

More hot pictures of Alexander Skarsgard at the Spike 2009 Scream Awards can be found at Skarsgard Fans.

Enjoy yourself Kristin, and try not to drool on your keyboard. 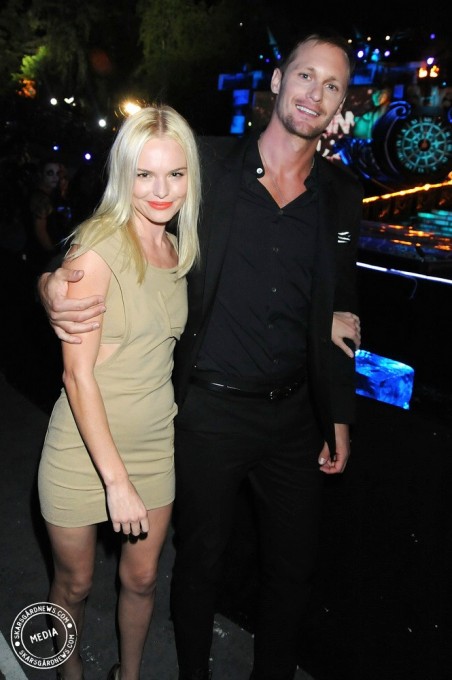