Home
Hollywood Gossip
I Died For Halloween. No, Really, I Did – Halloween 2009

Did you have a good Halloween?

My night didn’t exactly turn out the way I thought it was going to, but it was fun nonetheless. I love Halloween. LOVE it, but I always seem to have this image in my head of a great big grand exciting night, and it just never goes down the way I think it will.

I’ve had a few extra-fun Halloween nights thrown in here and there over the years – my most recent being back in 2006. I was a Spider Pimp, and I rocked it. 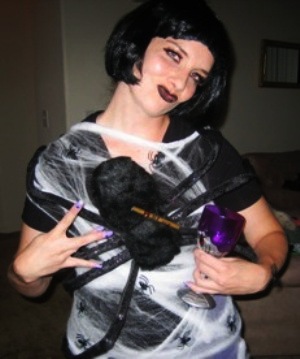 This year I was dead. Just, dead. It’s a pretty fitting costume, actually, considering my current state of life. It was also an incredibly easy costume. I didn’t want to do anything too elaborate and spend a bunch of money I don’t have, and then end up not even going out.

Wow, I kinda sound like a bitter old lady.

Anyway…..the boyfriend who shall (still) remain nameless and I lagged and started our evening off a little late, so we didn’t get out of the house until about nine. We decided to go to haunted house in Livermore, CA called The Haunted Barn and arrived around 9:20; we paid $7.00 to be scared silly and almost piss our pants. It was great.

We got out of there sometime after ten and drove about 30 minutes to a groovy little bar called Spoontonic. I joined the group of friends we were meeting and they didn’t even recognize me. It was awesome. 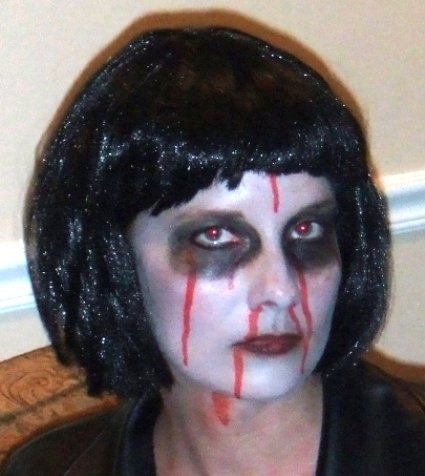 All in all it was a pretty mellow night. Better than it being all crazy and out of control, I guess.

What did you do – anything exciting? 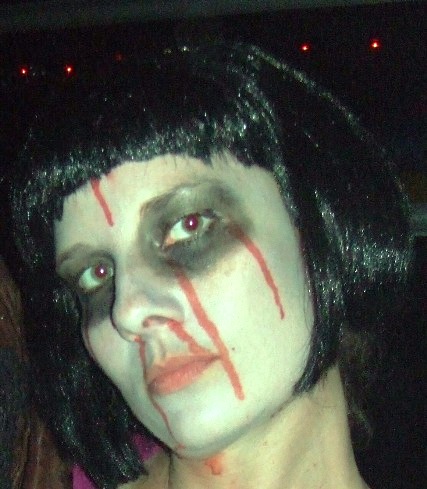