Happy Friday! Don’t know about you, but I’ve had a pretty interesting week – including trying to chop off the tip of my right thumb. Do you know how hard it is to function when the thumb on your dominate hand is out of commission? Well, it’s pretty dang hard.

But, as with so many other things, it could’ve been a lot worse.

At 1:00 p.m. Eastern Time today, the great newsman Tom Brokaw, and his wife Meredith, were involved in a three-car crash on the Bruckner Expressway in New York. The long-married couple walked away uninjured, however there was one fatality.

Some time after the Tom Brokaw accident, the following statement was released:

“Tom and Meredith Brokaw, at around 1 p.m. today, were in a three vehicle accident on the Bruckner Expressway. The Brokaws were in the far left lane when they noticed a spool of cable bouncing along the far right lane.

Neither Tom nor Meredith were injured but tragically the driver of the SUV was thrown from her vehicle and killed. Tom and Meredith are greatly saddened by this loss of life.” 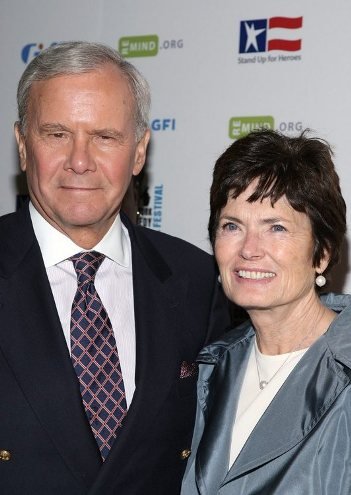