I know you can’t tell by my typing, but I totally have laryngitis and it’s totally annoying. I was one of those kids who got in trouble all the time in school for talking too much, so being told that I’m not allowed to talk is practically killing me.

Obviously the voices in my head don’t have laryngitis so I keep thinking my voice has magically come back so I say something out loud but nothing comes out and then I start coughing.

Courtney Love no longer has legal control over her 17-year-old daughter Frances Bean Cobain, but it’s not because Love is strung out again – at least that’s what her lawyer says.

“Courtney’s been clean for years and is perfectly fine,” says her attorney Keith A. Fink. “This is simply about Frances preferring to live with her grandmother at this time.”

On Friday, a judge appointed Kurt Cobain’s mother Wendy O’Connor and her daughter Kimberly Cobain as temporary legal guardians over Frances Bean. A hearing on the matter is set for Feb. 10.

“Frances is 17 and a strong-willed child, and this is a decision she made on her own,” Fink adds. “No matter what, Courtney loves her daughter more than anything in the world.”

This is not the first time the courts have come between Courtney Love and Frances Bean, and it’s no secret the two have had a rocky relationship in the past. I mean, how could you not? Your mother is friggin’ Courtney Love – that can’t possibly be a cake walk.

Last year, Frances told Harper’s Bazaar that O’Connor, who lives in Olympia, Wash., has been a constant force in her life. “She’s probably the person I respect most out of anybody in the world,” she told the magazine.

Geraldine Wyle, a lawyer for Frances and the two guardians, said only, “This is a private family matter.”

I think it’s kinda odd that the courts are making a decision like this for a 17-year-old; it’s got to be over money. Maybe something happens when Frances turns 18 that we don’t know about. I don’t know, just seems weird to me. But it is Courtney Love, so who the heck really knows. 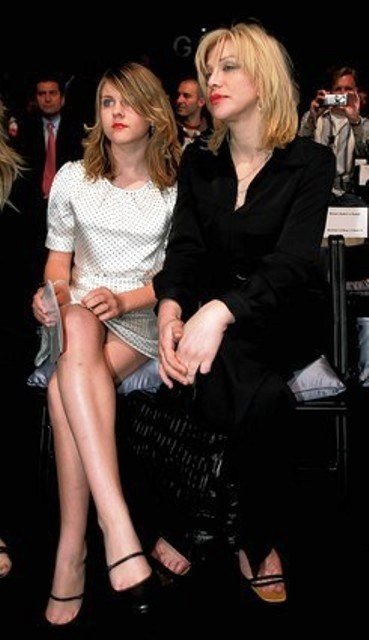