It is being reported that during his flight from San Francisco to Philadelphia, Cyrus Shepherd-Oppenheim was seen rifling through carry-on luggage and is ultimately accused of stealing from two unsuspecting passengers.

… A camera belonging to one woman was found in his seat while her other items were found in the bathroom trash. Money and documents were taken from a second victim, whose travel folder was also found in the trash can.

Celebrity offspring are certainly no strangers to breaking the law, but usually it has to do with drugs and alcohol – not ripping people off in the middle of a cross-country flight.

Do you think Cyrus Shepherd-Oppenheim has a drug problem and needed the stuff to sell it, or is he simply a thief?

Side Note: I’ve always been a fan of Cybill Shepherd – she’s from the South, she’s beautiful, she dated Elvis, and she spells her last name the same way I do – the correct way! 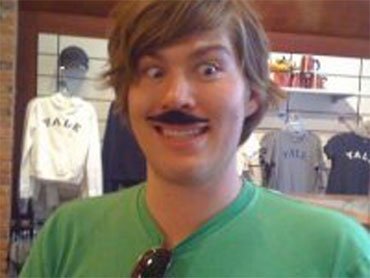