Home
Hollywood Gossip
Dr. Drew Loved Him Some Nose Candy Back In The Day

Dr. Drew used to do coke!

At least that’s what Life & Style is reporting. According to them, two people who used to work with Dr. Drew on Loveline told them the addiction doc used to love the white stuff.

Of course, Life & Style is technically a tabloid so you have to take what they say with a grain of salt.

The sources say it all happened during the decadent days of the early 80s, but it never got out of hand.

In 1982, Drew hadn’t even finished medical school when he met KROQ DJ Jim Trenton at a party. “I asked him to do this segment with me called Ask a Surgeon,” Trenton tells Life & Style. “Listeners could call in and get answers to their romance and medical questions.” The segment was such a hit, it soon evolved into Loveline — which remains on the air to this day.

While they spent their days helping listeners with their love, sex and health-related problems, Drew and Jim spent many of their nights partying away. Often, Trenton says, that included cocaine use. “He used to say to me, ‘Jim, I love cocaine,’” Trenton notes. “He’d say that a lot — that he loved coke.” In fact, Trenton adds, Drew “did coke with a lot of different people, including myself, on numerous occasions.” Joanna Swylde, who worked as an intern at KROQ at the time and partied with Drew and Trenton, confirms Trenton’s claims. She tells Life & Style they even used to snort lines of cocaine off album covers in the control room at work. “We would do it during the breaks on the show,” Swylde recalls.

Although Drew used coke, “I don’t think he was addicted to it,” Trenton tells Life & Style. “He used it recreationally.

Personally I don’t care if Dr. Drew used cocaine decades ago or not, because I think he’s doing a lot of good now. Plus, I wouldn’t want to be judged twenty years from now on things I’m doing now; that would just suck.

You know, sometimes the best person to trust and learn from is the one who was there themselves and came out the other side. I mean, you wouldn’t get a tattoo from someone who doesn’t have any, would you? 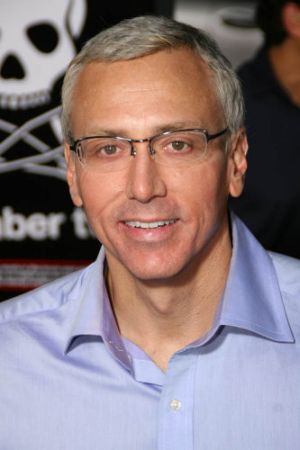