Earlier this month Gary Coleman was talking about seizures, his penis, and marriage – today it’s a different story. 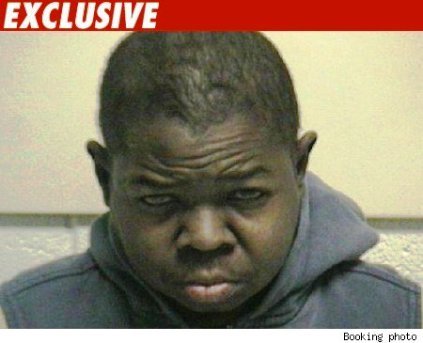 Although Utah Police did not say who the victim was, they did confirm that Gary Coleman was nabbed because of an outstanding warrant.

According to TMZ, Gary Coleman is being held on $1,725 bail.

My guess is the victim was his wife Shannon Price.

Gary and Shannon have had a rocky and violent marriage from the beginning, and even made an appearance on TV’s Divorce Court. Gary likes to throw temper-tantrums and Shannon likes to destroy his stuff.

I don’t know about you, but that sounds like a totally mature way to handle things.

This is not the first time that Gary’s temper has gotten him into trouble. You know, I bet he’s now more known for his child-like meltdowns and tantrums than he is for his roll as Arnold on Diff’rent Strokes*.

Note to self: If Gary Coleman and/or Shannon Price ever extend an invitation to join them for dinner, respectfully decline. They’re friggin’ nuts! 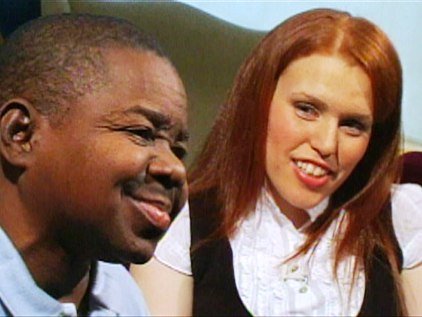 * Coleman was cast in the role of Arnold Jackson on Diff’rent Strokes, portraying a child adopted by a wealthy widower. The show was broadcast from 1978 to 1986, and was a huge success.

Coleman became the most popular fixture of the show (enhanced by his character’s catchphrase “whatchoo talkin’ ’bout, Willis?”). At the height of his fame on Diff’rent Strokes, he earned as much as $100,000 per episode. However, it is estimated he only received a quarter of that after paying his parents, advisers, lawyers, and taxes. He later successfully sued his parents and his ex-advisers for misappropriation of his finances.