What the heck is this crap?

Kourtney Kardashian is on the cover of the new OK! Magazine holding her infant son and looking quite thin for someone who just had a baby.

Well it turns out – and it’s so not surprising – that the picture was photoshopped. Severely.

Fortunately Kourtney Kardashian is as annoyed by the alteration as the rest of us. I mean, really! Photoshopping someone who just had a baby?? This picture craziness has got to stop.

Kourtney, who gave birth to Mason on December 14th is also saying OK! Magazine didn’t even have the “exclusive” interview the trash mag says they did.

In a legitimate interview, Kourtney Kardashian told Women’s Wear Daily, “They doctored and Photoshopped my body to make it look like I have already lost all the weight, which I have not.”

The reality star then took to her Twitter page, saying:

“One of those weeklies got it wrong again…they didn’t have an exclusive with me. And I gained 40 pounds while pregs, not 26…But thanks!”

Kourtney is not the first celebrity to call out a magazine for photoshopping. I understand and don’t mind a little photo alteration – removing red eye, punching up color, getting rid of zits – but removing a new mother’s tummy is just ridiculous and over the line.

The FAKE picture of Kourtney Kardashian on the cover of OK! Magazine: 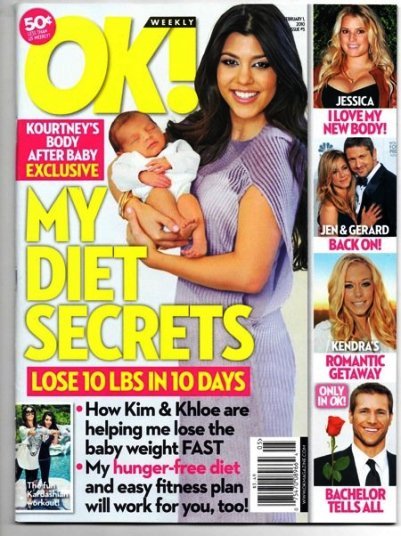 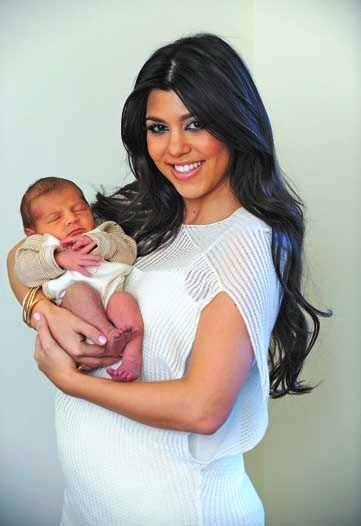