Breaking up is hard to do in Hollywood. Especially when the media steals your thunder and announces your split before your publicist can.

Of course, it’s all just a bunch of talk and speculation until the celebrity couple finally admits to the break-up.

These days, break-up rumors are swarming around Angelina Jolie and Brad Pitt – so much so that I’m starting to think there may be something to them.

Here are some of the latest Brangelina break-up headlines:

Brangelina on the Verge of Collapse? – Yeeeah!

Is the fairytale known as Brangelina coming to and end? Or has the rumor mill once again been set to overdrive?

“The hottest love has the coldest end.” – Socrates

“Hearts will never be practical until they are made unbreakable.” – The Wizard of Oz

“Relationships are like yard sales. They look good from far away but close up it’s just someone else’s used crap.” – Anonymous 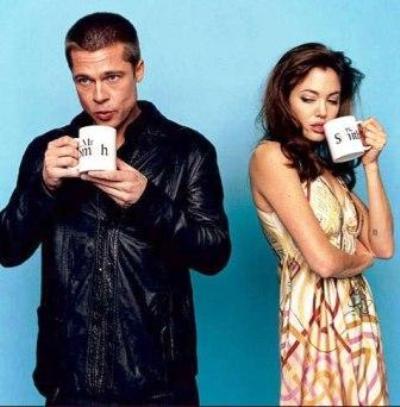