Monday, Monday, lots to do and not enough time to do it all. I suppose if I had gotten out of bed when my alarm went off instead of 3 hours later, I wouldn’t be having this lack of time problem right now. Oh well; I needed the sleep I guess.

As you know the Grammys were last night. If you didn’t watch them, fear not, I did some Live Blogging.

Personally, I felt that when all was said and done, the show was fairly boring and uneventful. No major upsets, no one taking the microphone from someone giving an acceptance speech, no wardrobe malfunctions. That’s not to say there weren’t some hideous fashion choices, mind you.

That being said, let’s take a quick moment to discuss the fashion at the 2010 Grammys.

It seemed to me that the ladies were either conservative with their outfits, or totally off the wall crazy – there was nothing in between.

The most outrageous fashion choices belonged to Lady GaGa, of course. I refuse to call her outfits “mistakes” however, since she’s always crazy like that, and I expect nothing less from her.

Lady GaGa on the red carpet: 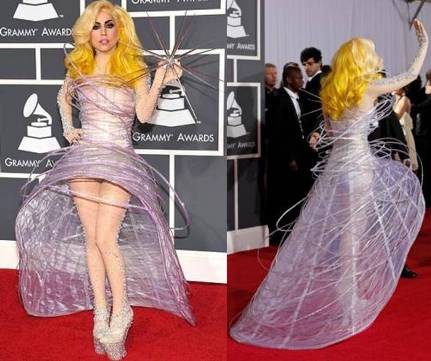 Lady GaGa opening the show with Elton John (the best performance of the night if you ask me):

Some other questionable Grammy fashion choices belong to Jennifer Lopez and Britney Spears.

It looks to me like Jennifer is missing half her dress; or it got ripped off getting out her limo or something. And I’m not too sure how age-appropriate it is: 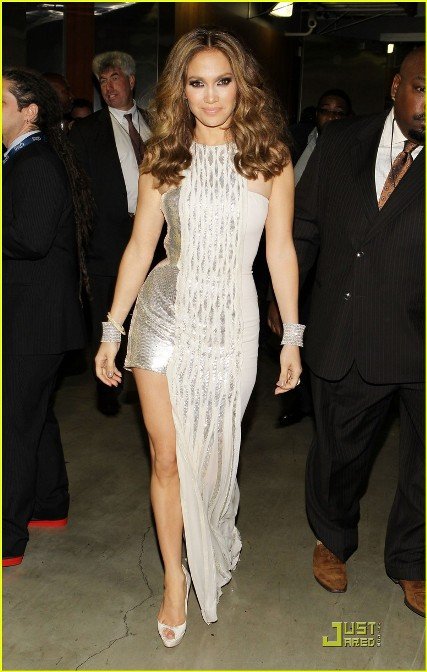 And who the heck knows what Britney was thinking when she got dressed; at least she looks happy: 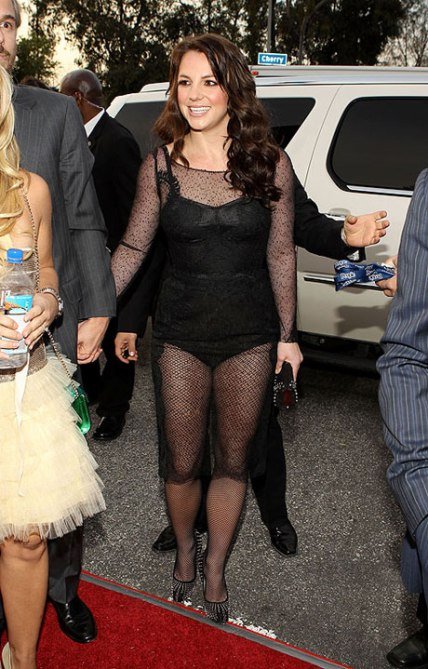 As for the performances – of which I felt there were way too many (yes, I realize it’s a music awards show) – none of them really bowled me over, but quite a few annoyed the heck out of me.

One of those annoying performances belongs to Beyonce, who for some reason thought it would be a good idea to add Alanis Morissette’s “You Outta Know” to her act. Check out Beyonce’s performance over at AmyGrindhouse.com.

I must do some stuff away from the computer now, but I’ve I do want to talk a little about the Michael Jackson tribute so be sure to check back in a few hours.

P.S. Am I the only one who didn’t like Pink’s Grammy performance?