My guess is that you’re Monday wasn’t nearly as bad as Leif Garrett’s.

Of course, you probably didn’t have black tar heroin in your shoe. Or maybe you did, I don’t know; maybe you always have drugs in your socks and have just never told me – or shared them with me (which, by the way, is just plain rude).

Former teen heartthrob Leif Garrett was arrested at a Metrolink station near Pershing Square in New York around 11:30 Monday morning after black tar heroin was found in his shoe.

The detectives, who recognized the former child star, approached him after observing him shaking and sweating on the platform waiting to board a train.

Garrett told the detectives he was “nervous around people in law enforcement because he used to be a heroin addict,” L.A. Sheriff’s Dept. spokesperson Steve Whitmore said. Garrett was arrested in 2006 on possession of drugs.

Garrett finally admitted that he “had a little bit of heroin” and then consented to a search. Deputies found heroin in his shoe.

Garrett was arrested on felony possession of black tar heroin. He was released at 1:35 a.m. Tuesday morning. His next court date is on February 24.

I’ve been known to try a drug here or there (hey, I went to Humboldt, sue me), but I’ve always known I would never try heroin – not even once. I would like it way too much. And liking it that much only gets you into trouble. Or an early grave. Either way, my life would suck.

Stay away for heroin kids! Stick with good ol’ booze and marijuana. I kid, I kid. Sort of. 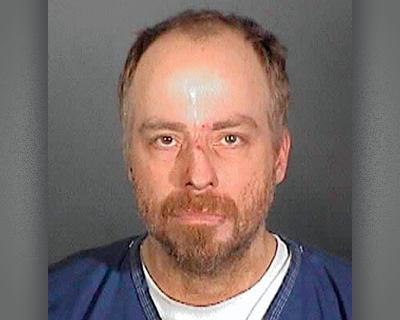