I gotta say, this one sort of took me by surprise – as surprised as one can be upon hearing of a Hollywood divorce, anyway.

Actress Kate Winslet, 34, and her husband of seven years, director Sam Mendes, 45, have split up.

“Kate and Sam are saddened to announce that they separated earlier this year,” their lawyers say in a statement. “The split is entirely amicable and is by mutual agreement. Both parties are fully committed to the future joint parenting of their children.”

Kate Winslet and Sam Mendes have one child together – a 6-year-old son named Joe. Winslet also has a 9-year-old daughter, Mia, with her first husband, Jim Threapleton

I give Kate two years – three at the absolute max – before she’s married again.

Someone who may not be married within the next two years, but will certainly have a boyfriend, is Jennifer Love Hewitt.

After a year as a couple, Jennifer Love Hewitt, 31, and Jamie Kennedy, 39, have decided to go their separate ways. The decision to break up was a mutual one, and is of course, on good terms.

“It wasn’t contentious,” the source tells PEOPLE. “It had kind of just run its course … They just sort of looked at each other and said, ‘We like each other and we make each other laugh, but this isn’t for the long-term.’”

Hollywood breakup statements are so boring! I would love to hear a statement about how the couple is breaking up and that they totally hate each other right now and can’t be in the same room without throwing things.

I’m sick of all this “oh we’re breaking up but we still love each other” crap. 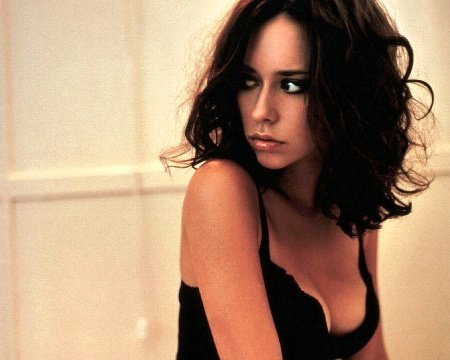