Now this is just freaky.

Ever since Sandra Bullock won her Oscar for Best Actress and days later left her cheating husband Jesse James, people have been throwing around the possibility of a “Best Actress Oscar Curse”

I didn’t pay much attention until I came across the following list of 21 actresses who have won a Best Actress Oscar and then watched their relationships crash and burn. But it’s sort of hard not to think there might be something to this rumored curse after checking out this list.

1. Sandra Bullock (2009)
Wins Best Actress Oscar for The Blind Side, then is blindsided herself when rumors of her husband Jesse James banging a tattooed whore hit the airwaves.

2. Kate Winslet (2008)
It took about a year for the curse to hit Kate Winslet. She won her Oscar for 2008’s The Reader and just last week announced her split from her director husband Sam Mendes.

5. Charlize Theron (2003)
I guess there’s no statute of limitations on the curse because it took six years for it to find Charlize Theron. When she won her Oscar for Monster, her long-time boyfriend, Stuart Townsend, was by her side. Now, not so much – the “we won’t get married until gay people can” couple parted ways earlier this year. 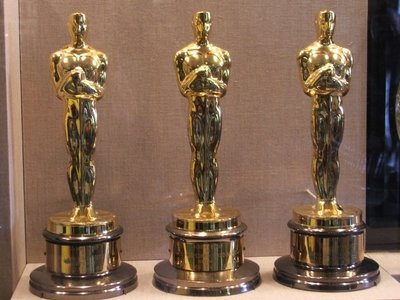