I don’t really know who this Justin Bieber is – most likely because I’m not 12 nor do I have a 12-year-old daughter – but I know enough to know he’s a little too green to be dissing those who have been around a lot longer than he has (I also know he’s some YouTube breakout star – I’m not that out of touch).

And he’s definitely too new at all of this to say he’s better than other performer; especially a performer as talented as Mariah Carey. Yes, I actually said that – as much as Mariah Carey annoys me as a person, the girl’s got talent.

“I don’t love her new music, it’s not the same,” he mewled at AHN. “It’s like Michael Jordan coming back to play in the NBA — She’s past her best.” [source]

Justin Bieber has been around for five months and has one Top5 single. Mariah Carey’s career has spanned over two decades and to date has seen 18 of her singles hit #1 on the Billboard chart.

Justin Bieber’s album ‘My World 2.0’ has sold a measly one million copies, and sales are slowing.

Mariah Carey has had eight sold out worldwide tours, about a dozen albums have gone double-platinum selling 112 million copies around the world, and she’s won 204 separate awards. And that was all after her debut album hit double-platinum status on five different continents in less than 10 weeks.

I think it’s clear who is really out of whose league. 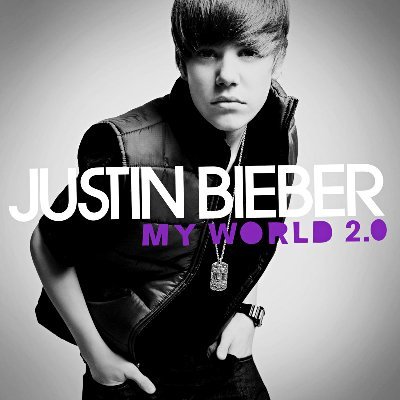