Home
Hollywood Gossip
Beyonce Has A Baby Brother, Thanks To Her Cheating Dad

It’s going to be an awkward Christmas this year for the Knowles family.

After months of speculation, it’s being reported that a DNA test has confirmed Beyonce’s dad, Mathew Knowles, fathered a son outside of his marriage with a woman named Alexsandra Wright.

I’m assuming the only person who’s truly happy with the news is Alexsandra, given her right to child support for the next 18 years and all. But I can’t imagine Beyonce is happy that her dad cheated on her mom and knocked the b*tch up, making her a repeat big sister at age 28. And I’m sure her mother isn’t too pleased either.

I would certainly be annoyed. But maybe that’s just me.

This past February, before the DNA results, Mathew Knowles was ordered to pay Alexsandra Wright $8,200 a month for child support. There’s no telling whether his payments will be raised now that paternity has been established.

There’s also no knowing if Wright was in this for the money from the get-go. Those things can be pretty hard to spot.

Sometimes it sucks to be rich – it does for Mr. Knowles anyway. Then again, he was the one who went outside his marriage and spread his seed, so I guess he deserves everything bad that happens to him. 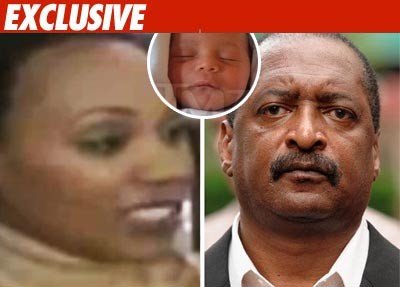