There’s a rumor going around that Brittany Murphy’s husband Simon Monjack is currently having a romantic relationship with Brittany’s mother, Sharon Murphy.

That’s just wrong on so many levels.

First of all, there’s the obvious weird and kinda creepy factor. Simon and Brittany’s mom have been living together since Brittany’s death – which was barely four months ago – and now the pair is having a relationship.

They plan to move to New York together this year, ya know.

Secondly, when asked about the alleged relationship, Simon Monjack told The Sun, “We don’t have sex, number one. I live downstairs, she lives upstairs.” And he insists they’re living together only as support to each other while dealing with their grief.

Ok … um … why did he immediately pull the “we’re not having sex” card? I mean, couldn’t he have just as easily said they live together as roommates, or had no comment altogether?

Who are you trying to convince, Mr. Monjack?

Simon Monjack’s reaction is like when you were a kid and you were doing something you knew you weren’t supposed to be doing, and when your mom walks in you immediately say you didn’t do it, before she even has a chance to see what you’re doing.

I understand people coming together in times of crisis, but this is a little much. 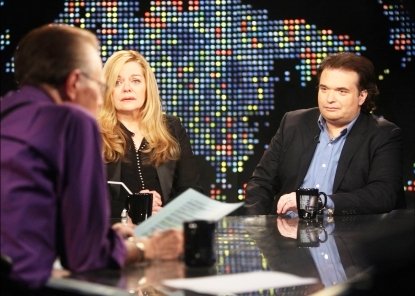