I’ve never seen Big Love, but I know what the show is about and I’ve heard good things about it. Those good things did not come from one of the show’s stars, Chloe Sevigny, however.

In a recent interview the actress was asked about the latest season of Big Love and how she felt about how over the top it was.

Apparently she wasn’t a fan.

“It was awful this season, as far as I’m concerned. I’m not allowed to say that! [Gasps.] It was very telenovela. I feel like it kind of got away from itself. The whole political campaign seemed to me very farfetched. I mean, I love the show, I love my character, I love the writing, but I felt like they were really pushing it this last season. And with nine episodes, I think they were just squishing too much in. HBO only gave us nine Sundays, because they have so much other original programming—especially with The Pacific—and they only have a certain amount of Sundays per year, so we only got nine Sundays. I think that they had more story than episodes. I think that’s what happened.

“Me and the girls [Jeanne Tripplehorn and Ginnifer Goodwin] definitely were not very happy with where it was going—or more kind of, ‘We really hope it’s going to work. It seems like they’re really pushing it.’ I think next season, they’re going to go back to more just the family. I think that the stuff with Ben and Lois and that stuff was really great in Mexico, but… [Laughs.]” 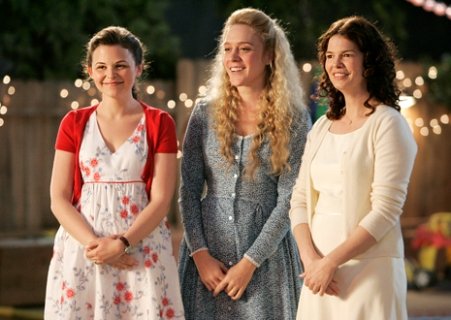