With The Hills coming to an end after the sixth season, you’d think the stars of the scripted reality show would be bummed.

While I’m sure she’ll miss the paychecks, Heidi Montag doesn’t seem to be too concerned. In fact, she’s got some big things planned for herself. Big things!

“I’m so excited The Hills is finally over and I can now become a full time motion picture actress, There is no better training [for an actor] than being in front of the cameras 24-7.”

After working with Oscar-winner Ron Howard on a short film project and then working for days with the comedic genius director Dennis Dugan and his team of brilliant comedy visionaries at Happy Madison on Just Go With It starring Adam Sandler and Jennifer Aniston, I have been able to truly find what makes me the happiest in life. Getting to truly show the world my creative ability … while playing … different characters.”

It gets even better – she has written a script!

“I am making the first 3-D beach comedy about a shark that attacks a small beach town and I save the day with my 3-D boobs,” Montag says. “I’ve even written a role for Dolly Parton to play the town mayor!”

“I’m now finally free to start my career and my new life as female mogul in Hollywood!”

I like how she used the phrase “motion picture actress.” Who says that?? As for becoming a Hollywood mogul, Heidi can do it, but only if she’s way smarter than she portrays herself to be. 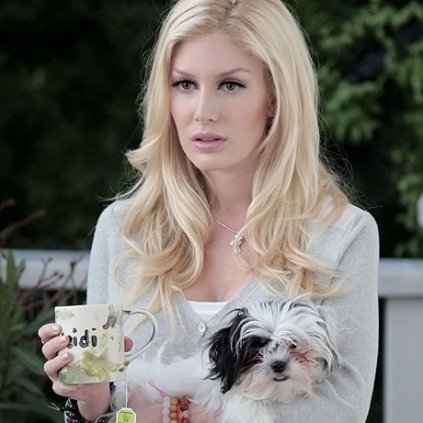