Platinum-selling recording artist Keyshia Cole was being sued by a New Jersey event promoter who claims Cole agreed to and then flaked on a 2006 appearance, and that he had paid her $15,000 up front.

In a New Jersey courtroom yesterday, the judge ripped Keyshia Cole apart over the singer’s testimony, calling it “confused and at times nonsensical.”

But that’s not the worst part.

After Keyshia Cole was reluctant to read certain documents during the hearing, the judge surmised the singer couldn’t read: “…it appears at times that she was not literate.” After Cole read some documents that she thought would help her, the judge realized the defendant could in fact read.

It didn’t matter though, because the judge still ruled against Keyshia Cole and ordered her to pay the event promoter $160,000 in damages. 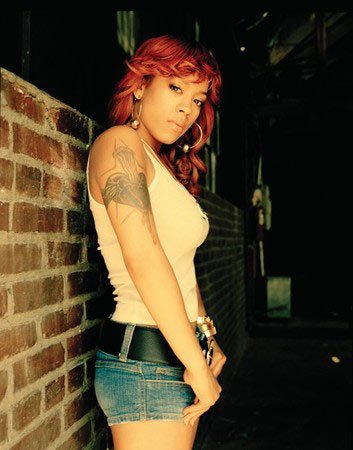 In March 2009, Cole began dating Daniel Gibson of the NBA’s Cleveland Cavaliers. On February 4, 2010, the pregnant Cole was hospitalized for precautionary reasons. On March 1, 2010 Cole was admitted into the hospital with labor pains. One of Keyshia’s closest friends, R&B singer Monica, confirmed the labor situation via her official Twitter page.