I don’t like Miley Cyrus. Not even a little bit.

I find her voice annoying and I don’t think she can sing. Not even a little bit.

But, the girl is pretty – I gotta hand her that. And when she showed up at the premiere for her movie The Last Song, she looked down right beautiful. I really liked her dress too; I think it looks great on her.

Ack! Am I becoming a Miley convert?

Miley Cyrus was on American Idol the other night as a “mentor” – which made me laugh when I first heard about it – but Mike over at [Celebrity Hot Sauce] says she actually did a good job.

…did you see her on American Idol this week? Celebrity Hot Sauce was expecting her to be a silly teenage girl – an annoying, silly little girl — but instead she carried herself with a lot of maturity and actually gave them all some good advice. I was really surprised at how well she handled herself.

I have no desire to see The Last Song. It has nothing to do with Miley Cyrus per say, I just don’t like mushy movies; especially when the star of the movie records the soundtrack.

More Miley Cyrus Pictures from The Last Song premiere can be found at Celebrity Mound.

The movie premiere was also the official red carpet premiere of Miley Cyrus and her co-star boyfriend Liam Hemsworth, by the way. 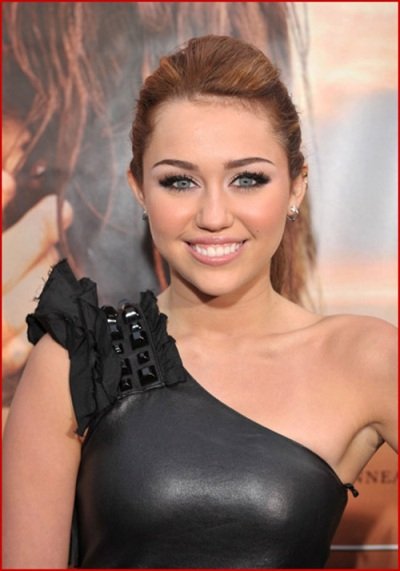