Crazy haired Sanjaya Malakar, 20, was busted for speeding in Washington State on Tuesday at around 2:30 in the morning. Cops clocked him going 110 mph on I-405 near Kirkland – exactly 50 mph over the posted speed limit.

Malakar was cited and given a $411 ticket. 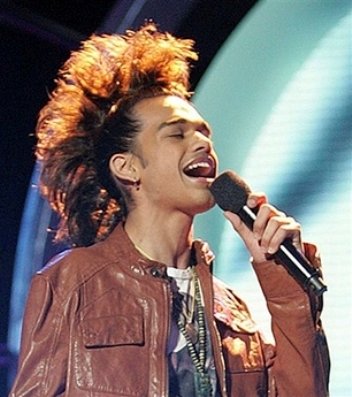 Sanjaya Joseph Malakar was a finalist on the sixth season of American Idol. He gained national attention on the series, controversially advancing to 7th place with public votes, despite being poorly received by the show’s judges (particularly Simon Cowell).

After Idol, Malakar made many television guest appearances and has been commonly parodied in popular culture. He got to 5th place in season two of the reality television show I’m a Celebrity…Get Me out of Here!.

Shortly after his run on American Idol ended, Malakar attended the White House Correspondents’ Association Dinner as a People Magazine guest, where he saw then-President George W Bush. Malakar was popular among the press and fans at the dinner, and was even prompted for an autograph by then New York Governor Eliot Spitzer.

Several magazines honored the singer, including Us Weekly, People, TIME, and Teen. He was featured in Us Magazine’s April 20, 2007, issue in an article entitled “Sanjaya Speaks”, where he was asked about his reactions to the parodies, Simon Cowell, Howard Stern and to his new celebrity status. He was featured in the May 7, 2007, issue of People, where he talked about his American Idol run, his younger years, and future aspirations. The article mentions that he was raised vegetarian, a diet he no longer follows. In TIME’s 2007 “TIME 100 POLL for The Most Influential People of the Year”, based on online public votes, he ranked third. He was nominated for Teen’s 2007 “Top Ten Most Cutest”.