The ground rules were simple ….. work on your family not your career.

Apparently they don’t apply to Tiger Woods, however. You’d think he’d be doing absolutely everything he could to put his marriage back together. But no – he’d rather play golf.

Not really sure why I’m all the surprised though, he is a narcissistic cheater, after all.

Tiger Woods announced that he will be competing in the upcoming Masters Tournament; something many are calling a “mastermind PR move” because of the rules against noise and jeering.

“People.com is reporting that Elin Nordegren will not honor Tiger Woods’ request to join him in Augusta for the tournament, which runs April 8-11.

“Elin does not want to go to the Masters and is preparing for a trip to see her family and friends in Sweden,” a source close to Nordegren told People. “She is also being asked by Tiger to attend the Masters, even if for a half day, to look like she is interested in supporting his return to golf. But she would rather not be there.”

Some reports are saying Elin Nordegren is so infuriated by Tiger reneging on his agreement to focus on family that she’s been visiting divorce lawyers. Anonymous sources close to the couple say Elin “is angered that Woods is not putting his family first as promised” and that she and the children are currently living with friends, about an hour from the family’s home in Isleworth, FL.

I sure hope Elin Nordegren has finally gotten a clue and really is moving forward with a divorce; it’s clear Tiger Woods is thinking about other things than repairing the damage he has done to his family.

That being said, Elin just might want to pop on over to the Masters and keep and eye on Tiger – the Augusta Hooters is hosting a bikini competition down the street that weekend. Just sayin’. 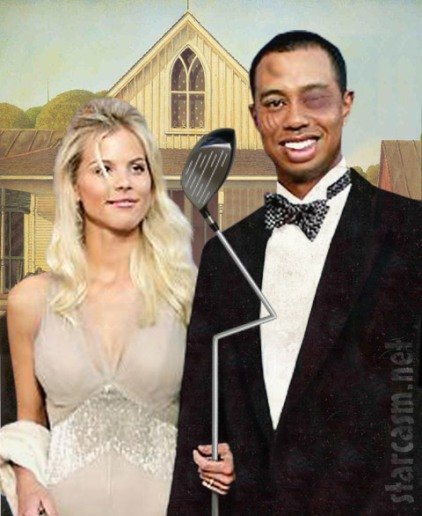