Legendary television actor John Forsythe has died; he was 92. Reports are stating he passed after a year-long battle with cancer.

I can’t even say what John Forsythe is most known for – there’s just so much to choose from!

In the Christmas classic (it’s a classic to me, anyway) Scrooged with Bill Murray, Forsythe played Murray’s dead boss.

“He was 92 years old and, thankfully, he died as he lived his life… with dignity and grace,” his family said in the statement. [source] 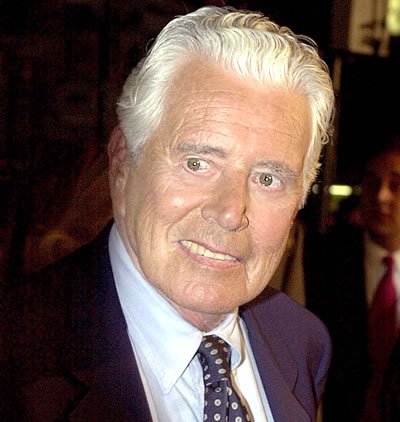 *Dynasty is an American prime time television soap opera that aired on ABC from January 12, 1981 to May 11, 1989. It was created by Richard and Esther Shapiro and produced by Aaron Spelling, and revolved around the Carringtons, a wealthy oil family living in Denver, Colorado. Starring John Forsythe and Linda Evans as oil magnate Blake Carrington and his new wife Krystle, Dynasty was ABC’s derivation of the hit CBS prime time serial Dallas. [source]