So remember when Brittany Murphy died and her husband Simon Monjack went all bonkers and did a bunch of weird stuff and made rash decisions? Well apparently he sees the errors of his ways now and is doing something to remedy it.

Shortly after his wife died, Monjack put her house on the market. Sure, it seemed a little odd at the time, but when my Grandfather died my Grandmother immediately got rid of all his stuff so it’s probably not all that uncommon. It just looked strange to the public because Monjack has a rep of being a gold digger and a louse.

Anyway, now Simon Monjack has removed the home from the real estate market because Brittany’s mother Sharon is supposedly refusing to allow potential buyers to view the home while her daughter’s stuff is still inside it.

That’s understandable, but it’s a little “much” if you ask me. It’s not like Brittany is coming back and will want to see all her stuff exactly where she left it. Clearly Sharon Murphy is having trouble moving past her daughter’s death.

I guess I’m like my Grandmother and just think when death comes we need to pull ourselves up by our bootstraps and move on. Just because our loved one dies, that doesn’t mean we did.

Of course, when my parents die I’m sure I’ll be singing a completely different tune.

Brittany Murphy bought the house in question form Britney Spears in 2003 for just under $4 million; when put on the market in March, it was listed for $7.25 million. 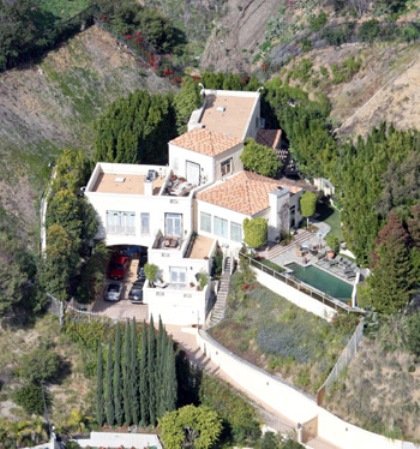