I had so much fun yesterday!!

After spending our day working, the boyfriend and I decided to head across the Bay Bridge to San Francisco and check out GoCar Tours. 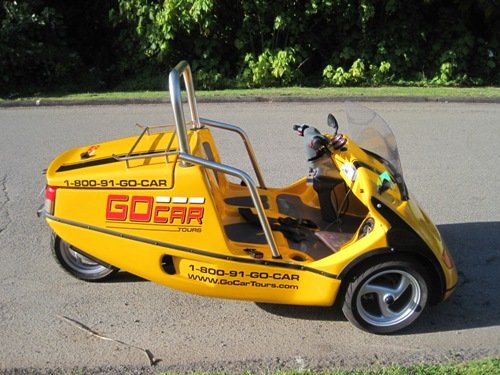 GoCar Tours are GPS guided tours in little yellow cars, that are actually classified and motorcycles. The GPS lady is Denise, and she was an excellent guide! She told us where we were, why it was cool, where we were going next, and if we went the wrong way (which we did only once).

This custom narrated tour guided by GPS is the only tour of its kind in the nation. The GoCar takes you on an unforgettable journey around beautiful San Francisco – with you in the driver’s seat. The directions are clear, concise and informative. It’s a unique sightseeing experience for tourists and locals alike. 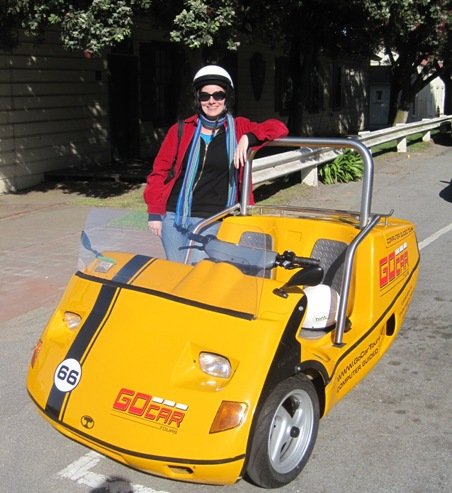 Because of the time of day, we knew there would be a ton of traffic downtown so we chose to do the Urban Parks tour, which took us to some of the best San Francisco vistas, and kept us out of commuter craziness.

For two people who grew up in the San Francisco Bay Area, we were amazed at how many spots we had never been to. We didn’t take all of the detours – again due to time constraints – but it was still great!

Sometime in the future when we have a whole day to kill, I think we’ll head back to GoCar Tours and do another one. I highly suggest the experience to visitors and Bay Area residents alike.

You may think you’ve seen everything there is to see in San Francisco, but you havent’!

For video with narration of some of the spots on the San Francisco Urban Parks Tour CLICK HERE.

For all my pictures, check out my GoCar Tours Facebook Album. 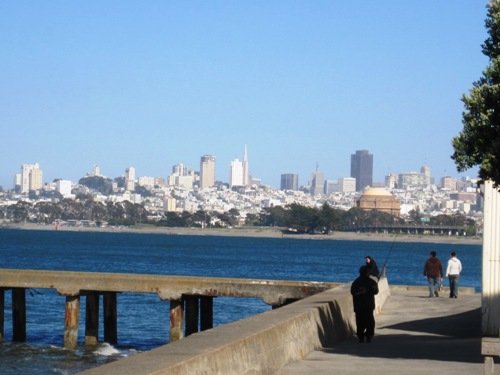