Could it be? Has Britney Spears finally found true love?

According to a source close to Britney Spears and her inner circle, Britney and her boyfriend/agent Jason Trawick have decided to end their professional relationship so they can concentrate on their personal one.

Britney has come an extremely long way in the last couple of years and this move is sure to help in her continued recovery and personal growth.

The two “have decided to end their professional relationship and focus on their personal relationship,” a Spears rep tells PEOPLE. “Since wrapping her recent world tour, Spears has been busy in the studio working on her next album.”

The singer and Trawick began dating last summer and have dodged engagement rumors for months. “They are very happy,” a source said of the couple. “Things are really good with them.”

Who is Jason Trawick, anyway?

Jason Trawick was born on December 4, 1971 in Long Island, New York. That makes him 38 years old – an age difference that is probably good for Britney, actually.

He is a talent agent for the William Morris Agency and in 2006 was hired by Britney Spears. 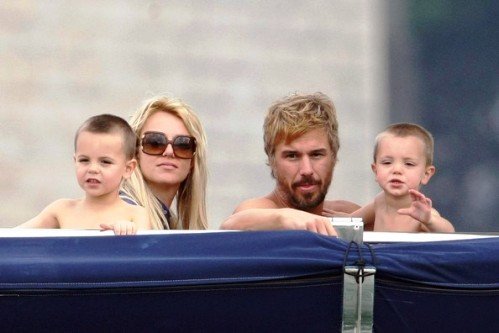