Raise your hand if you saw this one coming.

Oh, put your hand down! You are such a liar.

We all may have wished for this, but I highly doubt any of us actually thought it would happen.

It has been announced and confirmed that Heidi Montag, 23, has left her husband of barely a year, Spencer Pratt, 26.

Heidi Montag’s rep confirmed the split to UsMagazine.com, and of course a bunch of her friends blabbed about it.

“Heidi is going through a difficult time and hopes people respect her privacy,” the rep tells Us.

An insider insists that the couple, who wed in April of last year, parted ways early last week, with Heidi initiating the break.

Adds the pal: “there are no plans for divorce…they are going through some issues. It’s a hiccup.”

According to the same source Montag was taken aback by TMZ’s story on Friday that the blonde plastic reality star was moving out. Not because it wasn’t true, but because she wasn’t ready for the news to hit.

“She was bummed that it came out,” the pal says. “She wanted things to be more settled first.”

So the big question of course is why, and why now? Why, after all this time and all of his crazy antics, is Heidi Montag choosing now to leave Spencer Pratt?

Well apparently it could have something to do with all those rumors about Spencer keeping Heidi as a virtual prisoner in their home actually being true.

“Heidi loves Spencer but she had lost contact with her friends and family,” the friend explains.

“She started to realize what she was missing.” Mulitiple sources have told Us Weekly that hot-tempered Spencer has brainwashed and isolated his wife, who underwent an astonishing ten plastic surgery procedures earlier this year.

Then again, it could all just be for hype and ratings.

On Sunday, former Hills star Jennifer Bunney told Us that her old friend Heidi is “moving in with me” for the summer — while the cameras role for a reality show, she claims.

Bunney, an aspiring doctor in a long-distance relationship, explained the series will capture “huge turning points” in their lives. “Is [Heidi] going to be a single, independent woman or is she going to stay with Spencer?… We know fame is fleeting, fame is not going to support us for the rest of our lives. We need to make smart decisions right now.” 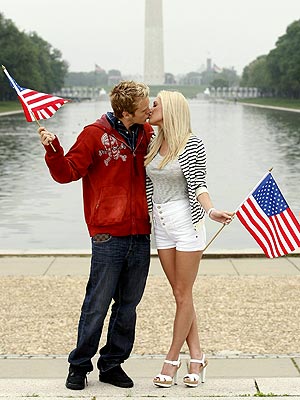