I’ve always said that if I had to pick a reality show on which to appear, I would pick CBS’s Big Brother. But now I’m not so sure.

There seems to be a Big Brother curse that lands you in jail, and I’m just not too keen on being locked up. So I guess it’s no reality show for me. Unless of course the show IS me. That’s a horse of a different color.

Tonya Paoni, who was a housemate in [Big Brother’s] third season, is accused of something more serious than disorderly conduct or assault…

Paoni, who now goes by the name Tonya Casper, was arrested for reckless homicide in May for an incident that left two people dead in Springfield, Illinois last summer, reports TMZ.

The 43-year-old was allegedly driving under the influence when she hit an SUV on Interstate 72. One of the passengers in the hit car died and so did another man who was caught in the multi-car crash.

She’s scheduled to return to court on July 19.

Paoni is a retail sales specialist who was evicted on Day 20 from “Big Brother 3.” She’s remembered for wearing “peanut butter bikinis” along with fellow housemates Chiara Jude Berti and Lisa Donahue. 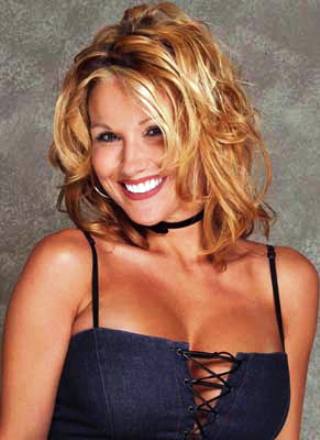