What the hell is so hard about calling a friggin’ cab when you’ve had too much to drink?

Yet another celebrity has been arrested for driving under the influence of alcohol and/or drugs.

According to reports, actor Chris Klein, 31, was arrested in the wee hours of Wednesday morning after being pulled over and failing a sobriety test.

California Highway Patrol Officer Patrick Kimball told L.A. Now that Klein’s 1999 Chevrolet Blazer was weaving between three lanes of traffic on the 101 Freeway. Klein, 31, reportedly had a blood-alcohol level at over .20, far exceeding the legal limit in California of .08.

He was booked for driving under the influence of alcohol and released without bail, Kimball said.

In early 2005, Klein was arrested and charged with two misdemeanor counts of DUI after police clocked him at .20.

He pleaded guilty and was sentenced to five years probation and a $1,800 fine.

Kinda weird that Chris Klein blew a .20 both times he was arrested, huh?

Oh, by the way, Chris had his dog in the car with him at the time of his arrest. A friend came and got the dog while Klein was being hauled off by cops.

Ok…..listen up celebrities…..you have money, LOTS of it, hire a driver or call a damn cab. Seriously. 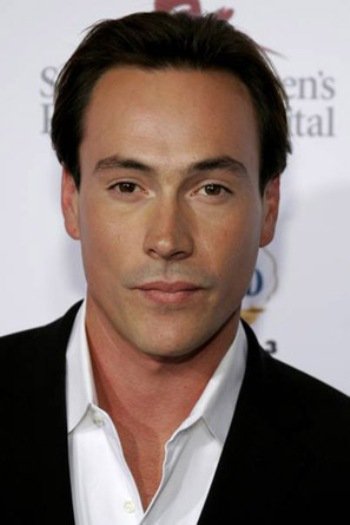