Ugh, I don’t even know why I’m reporting this honestly. Megan Fox is about as interesting to me as watching paint dry. And she seems like a really high maintenance girlfriend which totally bugs.

But anyway, in case you care (not that there’s anything wrong with that) Megan Fox and Brian Austin Green are officially engaged. Again.

The couple, who have dated on and off for what seems like forever but has really only been five years, were engaged once before but broke it off around February 2009. Since then, it’s been anyone’s guess if Fox and Green were together or not.

A representative for the ‘Jonah Hex’ actress said: “Yes, she is engaged.” Rumours that Megan and Brian had got engaged again have been circulating for months.

In January, the 36-year-old actor told one of his twitter followers he and the 24-year-old actress were “engaged” in response to a question about his marital status. When the pair called off their engagement last year it was claimed they had done so to concentrate on their work. A source said at the time: “The relationship had run its course. It’s completely amicable, and they are remaining friends. They are both focusing on their careers.”

Speculation is now rife as to what sort of ceremony the couple may have, with Megan previously insisting their nuptials would be a private affair. She said: “It’s not going to be a big wedding. I’m not one of those girls – if it happens, it will be very low-key and quick and unplanned.”

Cause you’re hot then you’re cold
You’re yes then you’re no
You’re in then you’re out
You’re up then you’re down
You’re wrong when it’s right
Hey man, I callz ’em like I seez ’em. 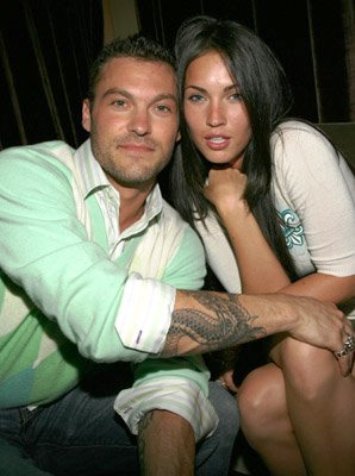