The first official trailer for The Green Hornet movie with Seth Rogen has been released.

The Green Hornet is not set for release until 2011. The movie is being directed by Michael Gondry (Eternal Sunshine of the Spotless Mind, Be Kind Rewind), and in addition to Rogen, stars Cameron Diaz, Christoph Waltz, Edward Furlong, Edward James Olmos, Jay Chou, and Tom Wilkinson.

Britt Reid (Rogen)’s life changes when his father James Reid (Tom Wilkinson ) mysteriously dies. He meets an impressive and resourceful company employee, Kato (Jay Chou). They realize that they have the resources to do something worthwhile with their lives and decide that in order to be heroes, they will pose as villains. With the help of Britt’s new secretary, Lenore Case (Cameron Diaz), they learn that the chief criminal in the city is named Benjamin Chudnofsky (Christoph Waltz). He has united all the gangs under his power, and he quickly sees that the Green Hornet is a direct threat to the prosperous criminal underworld he controls. [source]

There has been much grumbling among the devoted fan-base of the Green Hornet franchise in regards to the selection of Seth Rogen to play lead. From trailer it does appear to be the same Seth Rogen audiences are familiar with: a dumbfounded “is this happening to me” delivery along with college-brand lines and reactions. The action shots look great and Black Beauty (the car) looks really cool, but otherwise it’s hard to get a read whether or not The Green Hornet will be a kitschy charmer or laughable flop. [source] 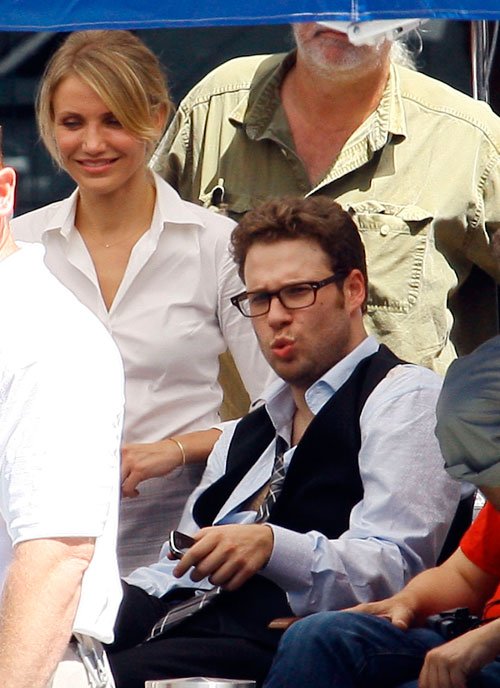 More Pictures from the set of The Green Hornet at Starcasm.net 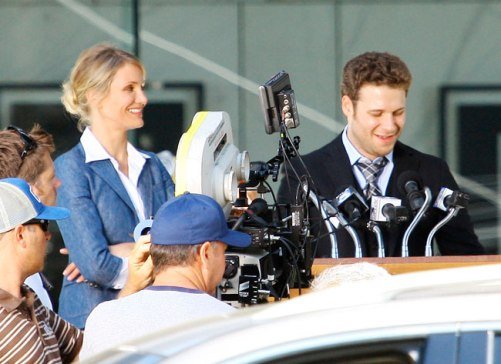