So there’s this little thing called Karma. I’m sure you’ve heard of it. You know, it’s the thing where what you send out to the cosmos will come back to you threefold, both good and bad?

Well sometimes that “threefold” doesn’t take the shape we would expect. Sometimes Karma takes baby steps and shows its power in the form of a criminal indictment for extortion instead of one (or two) for murder.

Case in point: Joran van der Sloot. Believed by many (including Joran on more than one recanted occasion) to be directly involved with the disappearance and possible murder of Natalee Holloway in 2005, the young Dutchman is now the main person of interest in the murder of 21-year-old business student Stephany Flores in Peru (mostly because he confessed to it, but that’s beside the point).

Unsuccessful with charging van der Sloot with murder as of yet, a federal grand jury in Alabama has indicted Joran on charges that he tried to extort more than a quarter of a million dollars from Natalee Holloway’s family.

Yes, you read that right.

U.S. Attorney Joyce White Vance said that 22-year-old Joran van der Sloot, who has been in a Peruvian prison since charged with the murder of Stephany Flores, faces one count of extortion and one count of wire fraud.

Prosecutors charge that van der Sloot solicited money from Natalee Holloway’s mother in exchange for information about how Natalee died, and the location of her remains.

First of all, how sick is that? Calling the MOTHER of the girl you allegedly killed and make her pay you for information? Information, by the way, that could very well be a pack of lies as you’ve proven yourself to be a liar several times over?

Secondly…..Neener! Neener! Karma has punched you in the face Joran van der Sloot! I can’t wait to see what it does with the rest of you. Not that I wish you harm necessarily, I just want you to get your comeuppance – and I want to be there to witness it.

You know, there are a lot of people I want to watch get their comeuppance. I wish it could all happen at the same time – then I could just go on a comeuppance world tour and get it over with. Ha! 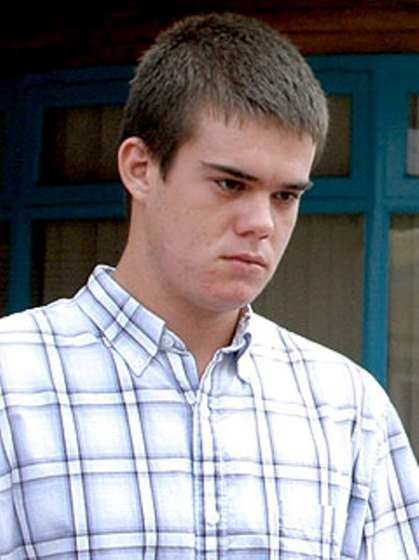