“Well I am stunned…..just stunned…..stunned is the only way to describe…how stunned I am.” – Blanche Devereaux

So what does being married to and then cheated on by Tiger Woods get you? $750 million apparently!

And all Elin Nordegren has to do in return is to never ever talk about Tiger’s cheating. Never ever. 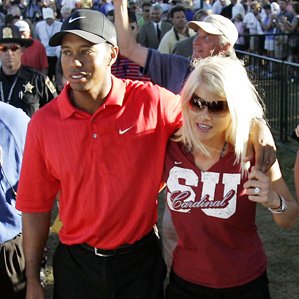 In what is undoubtedly the most expensive celebrity divorce in ages – if not all of Hollywood history – Elin Nordegren not only gets the obscene amount of money, she also gets full custody of the two children she has with Tiger Woods; 3-year-old daughter Sam and 1-year-old son Charlie.

According to sources, “Elin’s legal team have done a great job digging up all sorts of assets…The price of the huge sum is her silence: no interviews, tell-all books, or TV appearances about this for the rest of her life — even if Tiger dies first — or she’ll lose the lot.”

Apparently there’s also a clause in the settlement that states Tiger Woods is not allowed to introduce the children to any of his random sluts girlfriends. Nice!!

UPDATE: This morning TMZ is reporting that Elin Nordegren is not walking away with as much money as was being reported, but she’s definitely getting more than if there had been a prenup.

Sources connected with the golfer tell TMZ his divorce from Elin Nordegren is a done deal, except for the official filing with the court.

We’re told Elin will not get near the reported $750 million in the settlement. As one source put it, “Tiger isn’t even worth that much.”

The source added, however, “She’ll do a lot better than she would have under the prenup.”

Maybe she’ll get the $750 million over a period of years, and not in one lump sum?

Whatever the case, it’s still as stunning amount of money to be mentioned in connection to a divorce.